Pyewacket The Origin Of

Pyewacket, is one of the most famous cat names. 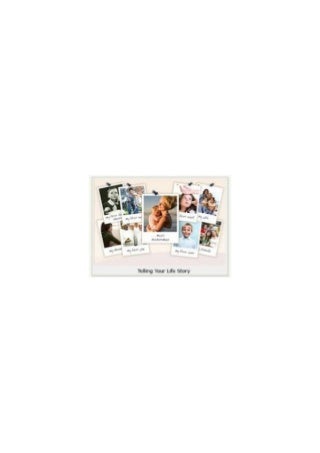 It is extremely popular among the Siamese Cat Lovers of the world. In 1956 during the popular craze over the Siamese Breed Hollywood decided to cash in.

Cast with the hottest actress of the day, Kim Novak and James Stewart the first ever Siamese in film, Pyewacket would be stealing the show in the film Bell Book and Candle.

Kim Novak plays Gillian Holroyd, a Greenwich Village Witch who wants “something nice for Christmas” which her cat, Pyewacket brings her a mortal…

Jimmy Stewart plays Shep, the mortal that Gillian falls in love with and with the help of Pyewacket her magical familiar, she gets her man!

If this sounds a bit familiar to you, Bell Book and Candle success spawned Bewitched the series.

Where did the name come from?

The name Pyewacket actually appeared in 1647 on an infamous woodcut of the General Matthew Hopkins (a witch hunter) with two accused witches caught naming their familiars. One of the familiars is named on the woodcut as Pyewacket.

The trial transcripts show a different spelling as Pynewacket which could be human error or simply another spelling.

There isn’t much information beyond that as to the origins of the name. Everything that I can find points back to that infamous woodcut and the trial manuscripts of the time.

It is however as far as history shows the first time that the name Pyewacket shows up in print. Because of its connection to witchcraft the name has become also one of the most popular familiar names in history.

What then is a familiar?

The term familiar in witch craft is some kind of animal, more often then not a cat because cats naturally live between worlds. Have you ever noticed a cat that seems to be mesmerized by something that YOU cannot see? Odds are likely that cat is seeing something that you can’t. They are in tune with the Other-world.

Throughout history cats have been suspected of living half in this world and half in the Other. Shifting between the two worlds to maintain elusiveness and power.

A familiar for a witch, like Gillian in the film Bell Book and Candle, acts as an extension of power. Gillian’s power embodied in animal form. The familiar can be assigned tasks to complete for the owner which in the film Pyewacket performs plenty. He is the most magical being in the film.

The relationship of the familiar and owner is based on the connection between the animal and the person. It is similar to the popular film The Golden Compass, where a persons de’mon walks beside them. A persons soul outside the physical body.

During the witch hunt craze any woman seen spending time with a pet, cat, dog or otherwise was immediately a suspect of witch craft! The Christianized system regarded that animals were Soulless, and should not be favored in such a way to denote any kind of supernatural or magical power.

You could be burned at the stake simply for having a cat, if you were one of the poor women targeted for witch craft. In that time, it was also traditional for the Familiar to be burned with you if it is truly part of you and your power.

Gillian in the film with Pyewacket on her shoulder specifically asks him to “get her something nice for Christmas, something different, she wants to be different” and then Pyewacket arrives with mortal love interest Jimmy Stewart.

When Gillian cannot get through to Shep (Jimmys character) again she sends Pyewacket after him. On several occasions Shep is pursued by this cat who always seems to find him, magically appearing with the tell tell SNEEZE since Shep is allergic to cats and then Pyewacket always sitting on his shoulder. At one point in the film Shep is so aggravated with the cat he asks “Can we fix this cat a drink or something?” while trying to get him OFF his shoulder.

With Hollywood running with the popular Siamese craze at the time of Bell Book and Candle it fueled the breeding of the cats.

Americans had only enjoyed the Siamese Breed in this country since the beginning of the century. Fifty Six years later, 퍼스트카지노 this Siamese in the film would be one of the audiences favorite characters in the film. He was smart, gorgeous and funny!

The Siamese originally was in no other country than Siam (now Thailand).

Before the world caught up with Siam only The King of Siam and his family could own the sacred cats. Any cat caught off the Palace Grounds were immediately returned by the Kings people to receive his Blessing for bringing the cat safely back to him.

A strict law was in place, anyone keeping a Siamese would be punished by death. I have found no record of The King of Siam having to enforce this law since his people understood and loved the breed as much as he did. To keep the breed sacred to Siam was the first priority.

The Siamese breed is one of the oldest breeds in the world. Kept safe in the Kings Care these animals had some of the purest DNA as a specific species because The King of Siam never allowed anyone else to have one for a pet or otherwise breeding them. This would MIX their genetic code with animals of Lessor quality.

The Color Points- these markings on the Siamese make them so unique in the cat world. The shading on their ears, feet, tail and face come in several colors.

The most common are the Seal, that dark BROWN, like dark Hershey’s Chocolate with mesmerizing BLUE EYES. The intensity of the gaze of a Siamese is one of the major reasons Siamese Lovers are such fans.

The Royal History, The Legends and Myths that surround the breed all poised it to be one of the most popular breeds in American History when it finally moved to this country after Siam’s customs fell victim to the encroaching 20th Century.

These cats KNOW that they used to be royalty!

They move with pride and power, almost an Air of extreme dignity. They are regal and love to live and lay in Luxury. They are vocal and expressive and extremely smart. (I have trained several of these cats quite QUICKLY to perform tricks like Fetching, Jumping through Hoops and more.)

Cat BehaviorWhat to do if Your Cat is Trying to Kill You – Survival Tips.

0 of 8192 characters usedPost CommentNo HTML is allowed in comments, but URLs will be hyperlinked. Comments are not for promoting your articles or other sites.

I love Bell, Book and Candle and I love Pyewacket!!

I always have a pyewacket in the house, only mine are the equally mysterious Tortoise shell. Always a Tortoise shell and always named Pye. Thanks for the article on this favorite movie I had almost lsot touch with. I remembered the cat and was just googling the name when the name of the movie sprang like magic to my mind. Familiars have that effect.

I have a new rescue Siamese & when trying to name him I came across the name Pyewacket & remembered him from the film BELL, BOOK & CANDLE starring Kim Novak & James Stewart. Loved the film – loved the name. Pyewacket it is!

I had to google this name because it is the given name of an adult male cat that I adopted at the local animal shelter, he picked me and is older and way cool. Had never heard the name before and was interested in its origin. ty for the history.

Bell, book and candles is one of my all time favorite movies. I just have one question? There is an abstract of Pyewacket.Who painted it and how can one get a copy of it. I have a cat just like it, guess what his name it! Please can you give me any info to track this down. I’l tried everything else. Hitting a wall. Thanks Catie flanders

I love this name, thanks for the origin, I am a big fan of this movie too! Kim Novak is awesome in it. My Mom loved her and that is where I got my name. Your Pyewacket is gorgeous!